Dortmund is the 9th largest city in Germany and the largest city in the Ruhr region by area and population, and is considered the administrative, commercial as well as cultural centre of the eastern Ruhr region.
With around 53,500 students – a lot of them with international background – at six universities, including the Technical University of Dortmund and 19 other scientific institutions, Dortmund is one of the ten largest university cities in Germany and is also a major science and high-tech location 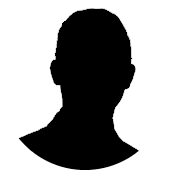 This could be you